No one loves tacos and shaking things up as much as we do at our Alexandria Mexican restaurant and tequila bar! That’s why we hosted our first ever taco eating contest last week at 808 King Street.

Don Taco was packed with 50 participants, all eager to take their turn and see who the champion eater would be! After intense and close competition, the winnter of the event was named “Shing Han.” He won the championship weight belt and a $100 gift card. In a controversial finish, second place was awarded to Michael Patschak.

Stay tuned for new and upcoming events this season at Don Taco! 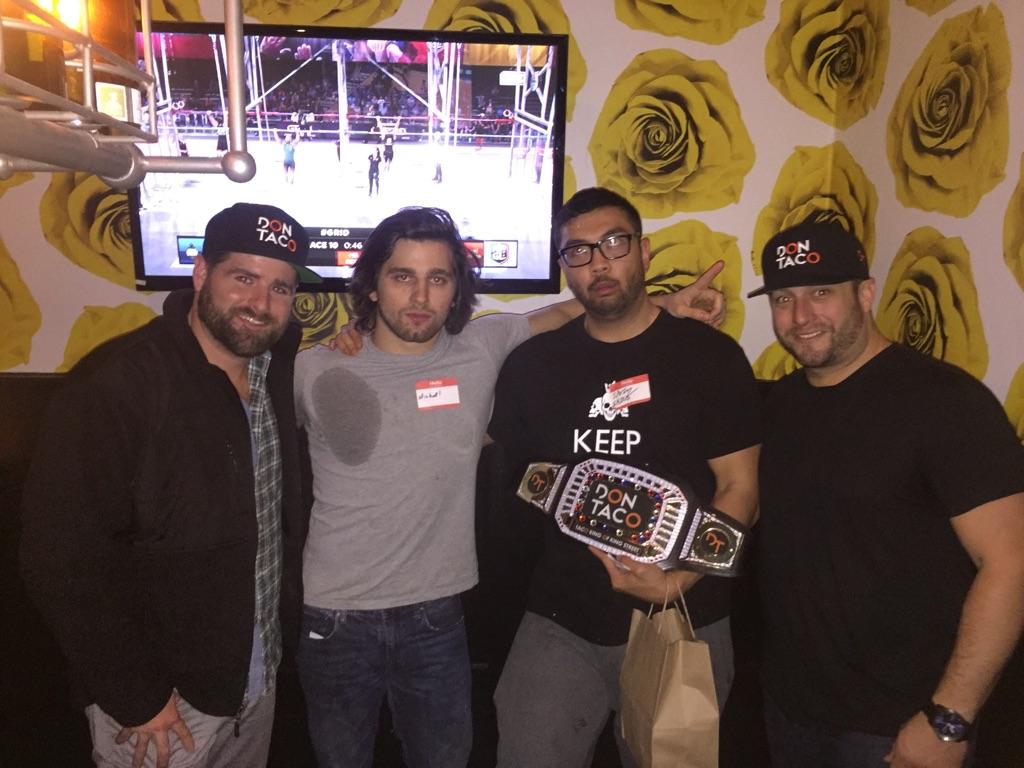